Today we have Chinese Carbonara variation. Except for the bacon, we’ll also add a bit of vegetable, fry the noodles and instead of yolks, we’ll make a Chinese sour-sweet sauce based on soy sauce, vinegar, sesame oil, and sugar.

Actually, what we’ll have, as a result, reminds the Carbonara only because of bacon. But that’s okay- that’s even more interesting.

A specified amount of ingredients is good for a few adults.

What you Need to Cook Chinese Fried Noodles with Bacon

How to Make Chinese Fried Noodles with Bacon: Step-by-Step Instructions🔪

Firstly, you need to pour some water into the pan and boil 140 g of egg noodles. 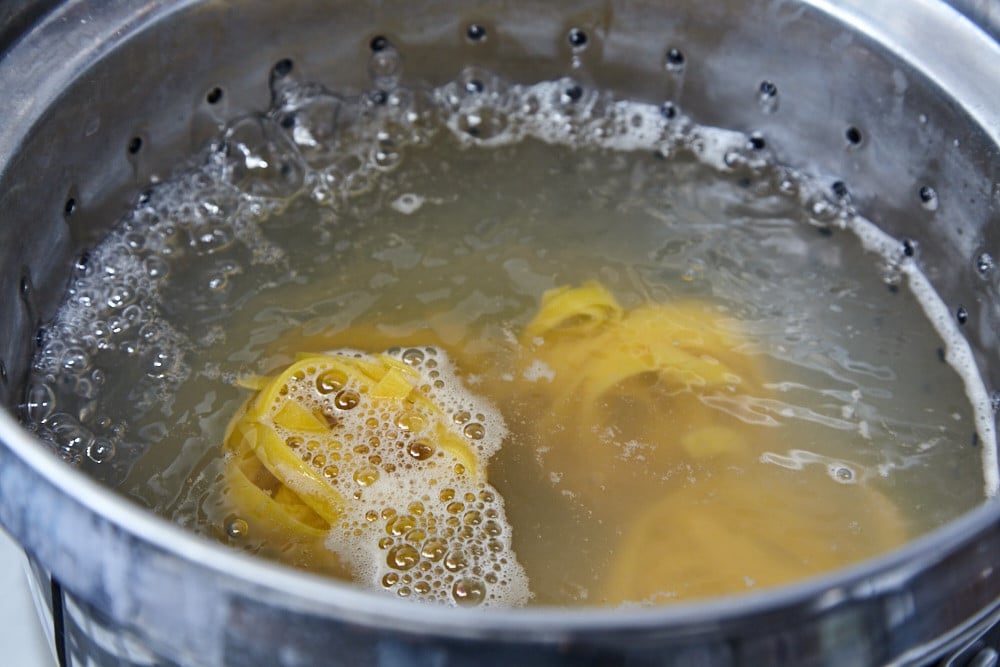 How to cook it right – read here. We’ll just add one small change into the technique. When the noodles are done, you need to rinse it with cold water in order to stop the cooking process and wash off the extra starch. 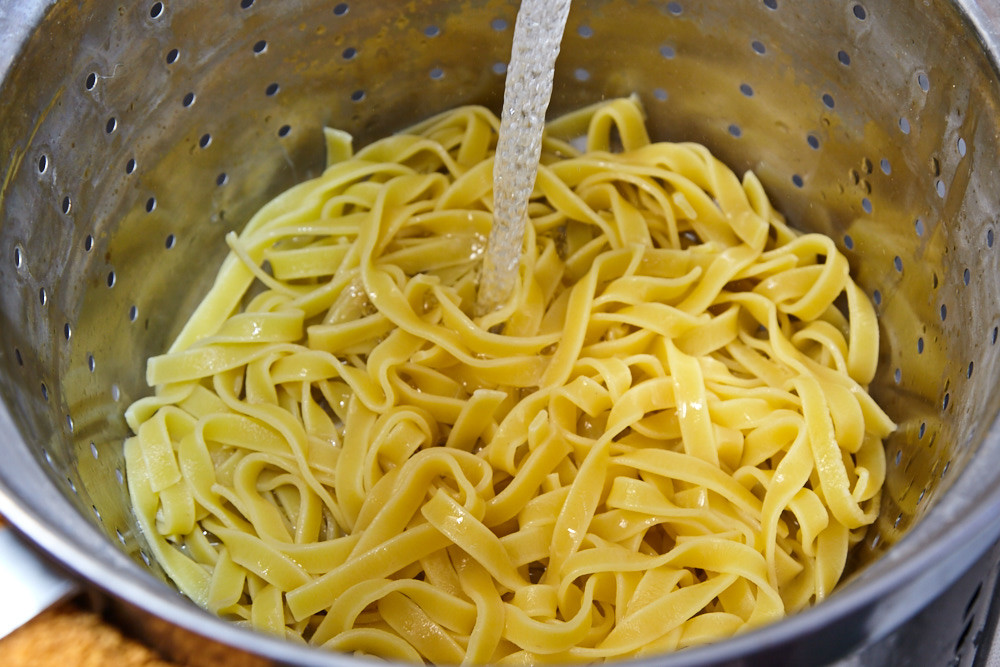 While the water/pasta is boiling let’s move on to the rest of the ingredients.

Mix until smooth and leave. 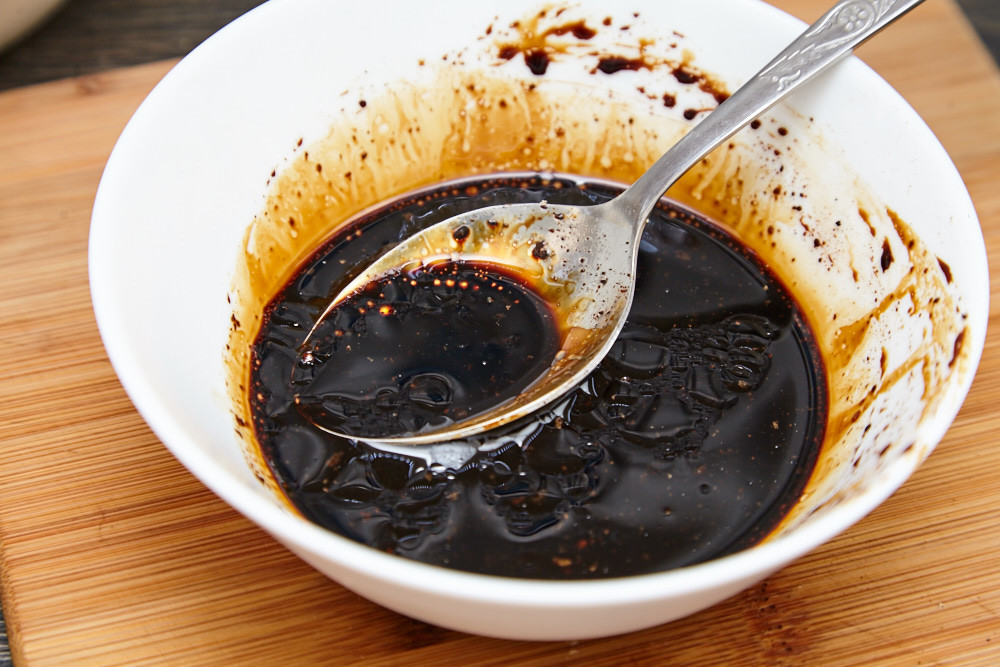 Let’s talk about soy sauce in more detail. If you’re cooking Asian cuisine often, you probably know there are different kinds of soy sauce. Maybe you even have both light and dark. That’s just fine.

If the situation is different, and earlier you used only regular one, the one you can buy in any shop, that’s not a problem either, use it. Just lower the total amount to 1,5 tbsp (not 1,5+1,5, but just 1,5), another way there’s a risk to over salt.

Add 1 tbsp of oil to the frying pan and put there 5 slices of bacon. Make a low heat and cook until bacon is fried from one side, then turn over the slices and fry from the other. 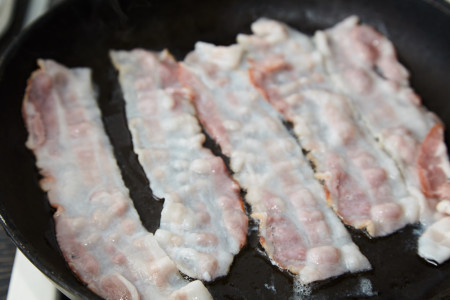 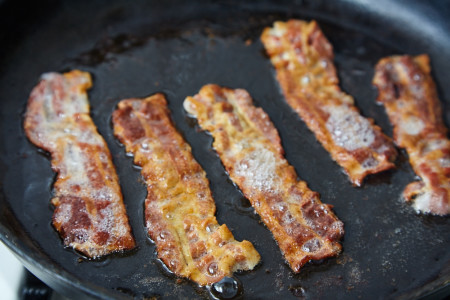 Meanwhile, do the vegetables.

A half of an onion slice “from pole to pole” traditional Chinese and stir-fry technique.

Wash 5 leaves of Chinese cabbage (take off the extra leaves) and cut or tear it up on large pieces. You can remove the white part if you want in order to have more gentle texture. 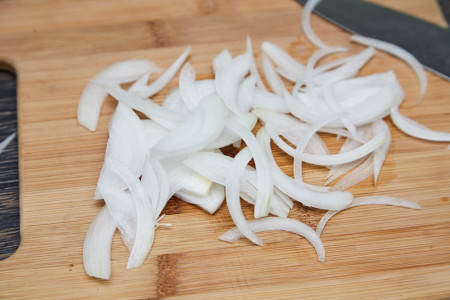 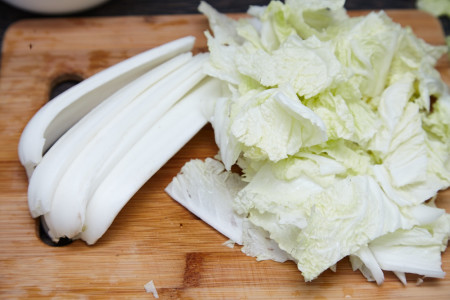 Take the bacon off the fire and put on the plate to cool. You can also put it on the paper towels in order to absorb extra fat, but in this case, it’s not necessary.

When cooled down – chop it but do not shred. 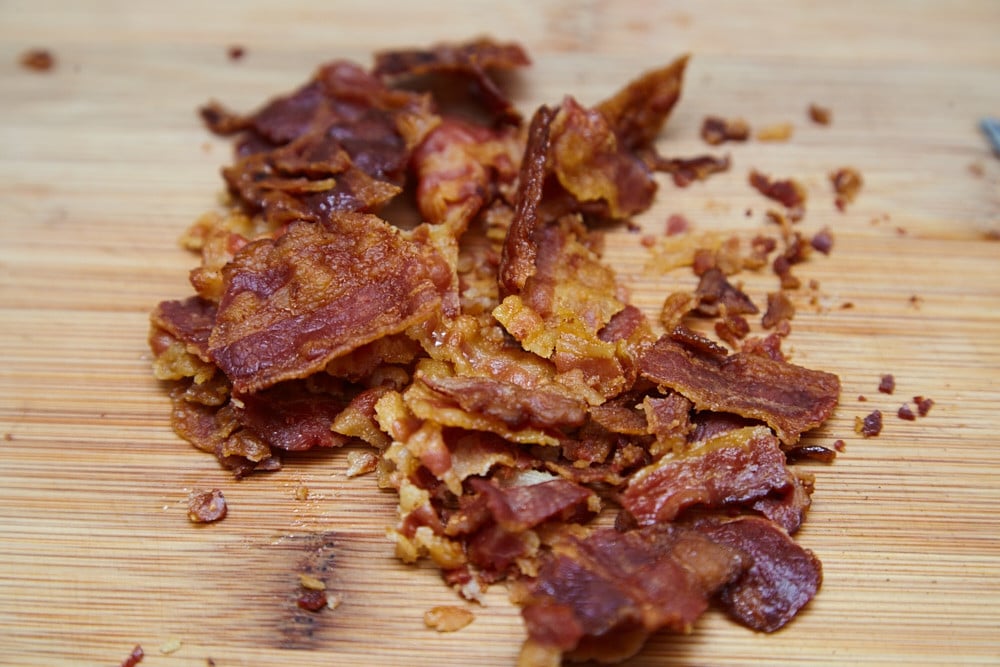 Add 1 tbsp of oil and finely heat it up (you need to catch a moment when the oil starts smoking) spread the noodles evenly on the frying pan. Stir from time to time (it’s more of the splitting of stuck noodles then stirring), fry for about 4-5 minutes until golden.

Then turn the noodles over, add 1 more tbsp of oil to the frying pan and fry from the other side. Put the noodles on the plate. 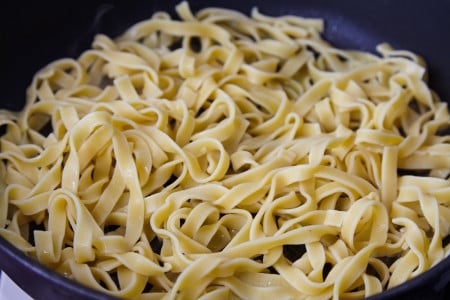 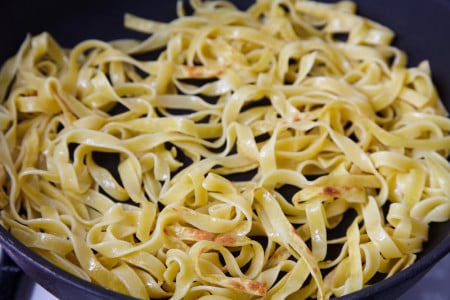 Add the remaining fat to the frying pan, put the onion there, and fry for a minute until mild. Add cabbage and cook for 30 seconds more. 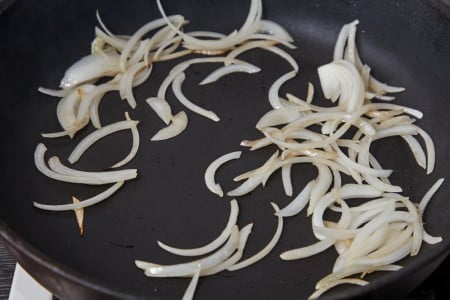 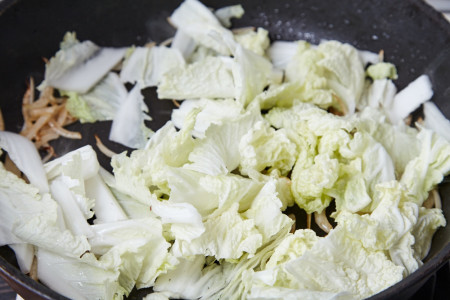 Now place the noodles back to the frying pan, add the sauce and bacon. 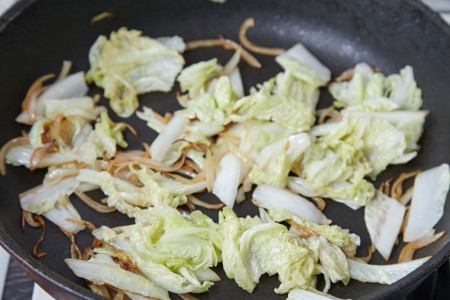 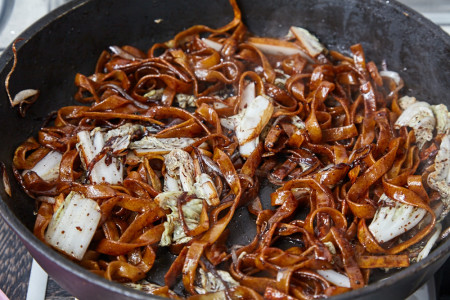 Mix. Put on the serving plates and serve. 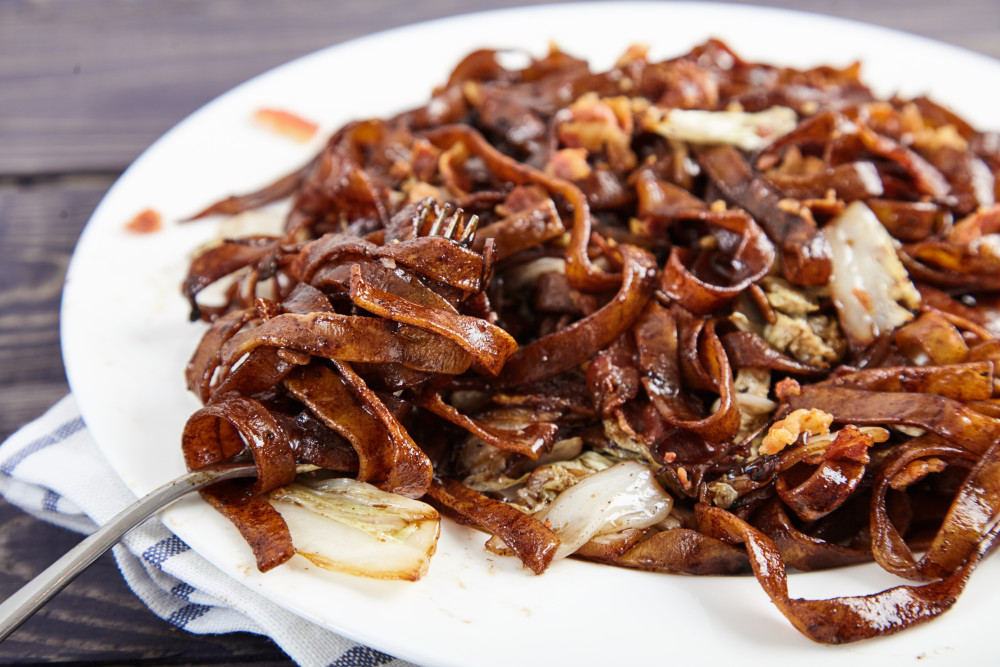 Fast and Easy Pasta with Garlic and Chili